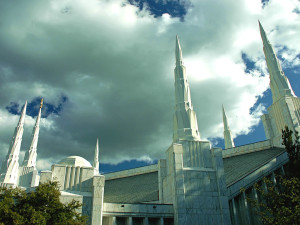 It seems that over the last 15 years the Church of Jesus Christ of Latter Day Saints has been in the news more and more. Like the Italians and Jews of the 20th century we seem to be coming into our own. Some highlights would include:

There has been a lot more attention, both good and bad, directed at the Mormon church. All in all I see it as a good thing. You can learn more about us at Mormon.org.