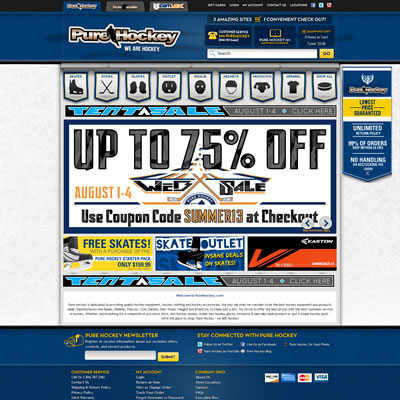 While working for ethology I created the SEO plans for the Pure Hockey site.

Though the client had been a customer for nearly a year, almost no work was done on the site. They had a design company that was resisting the changes we were suggesting.

I created a detailed presentation that educated the client, not only on what changes needed to be made, but also why those changes were important. This way when the client went to their website developer they would be able to properly argue the need for the changes.

They were able to make all the changes I suggested and saw a 20% increase in traffic over the next 3 months.

Get your hockey clothing ang gear at Pure Hockey .com.