Lisa and I were chatting the other evening when she asked if I wanted buttercream frosting. “Der” was my response. She laughed, I laughed, the stick of butter cringed. It was a rather mirthful moment, that is, until I thought about what I had said.

What if I had given the contrary to that statement? No der. Would it have given a different connotation? Are there times when No Der is preferable over Der? In German it’s good to mind your die, das & ders. I know that is provides a suffix for such words as colan, deutchlan and spi, but what is the difference between the positive and negative ders?

Oh. Wait, who are those people who are always trying to say nothing? No, not them… preachers… no… um… professors… no… oh! Politicians. Yeah, them. They’re always trying to make great speeches that sound like they are about something interesting and important, but they want to end up saying nothing so they don’t offend anyone. They somehow missed the der factor. They could add this to their vocabulary and bring so much punch to the prose they spit:

I’m going to run for the next presidential election. They’ll never see it coming. I’ll be the common man relating to the populace by saying a bunch of ambiguous statements followed up by a conjugation of der. The audience will think they missed something obvious and as a result assume I’m a genius. All the while I will sound like the common man. I’ll be like our president and the last president rolled into one. 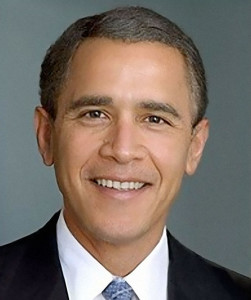 That’s right, I’ll be the everyman, great speaker, rich, ethnic and Lisa will be my Obusha Girl. Mmmm… Obusha Girl.