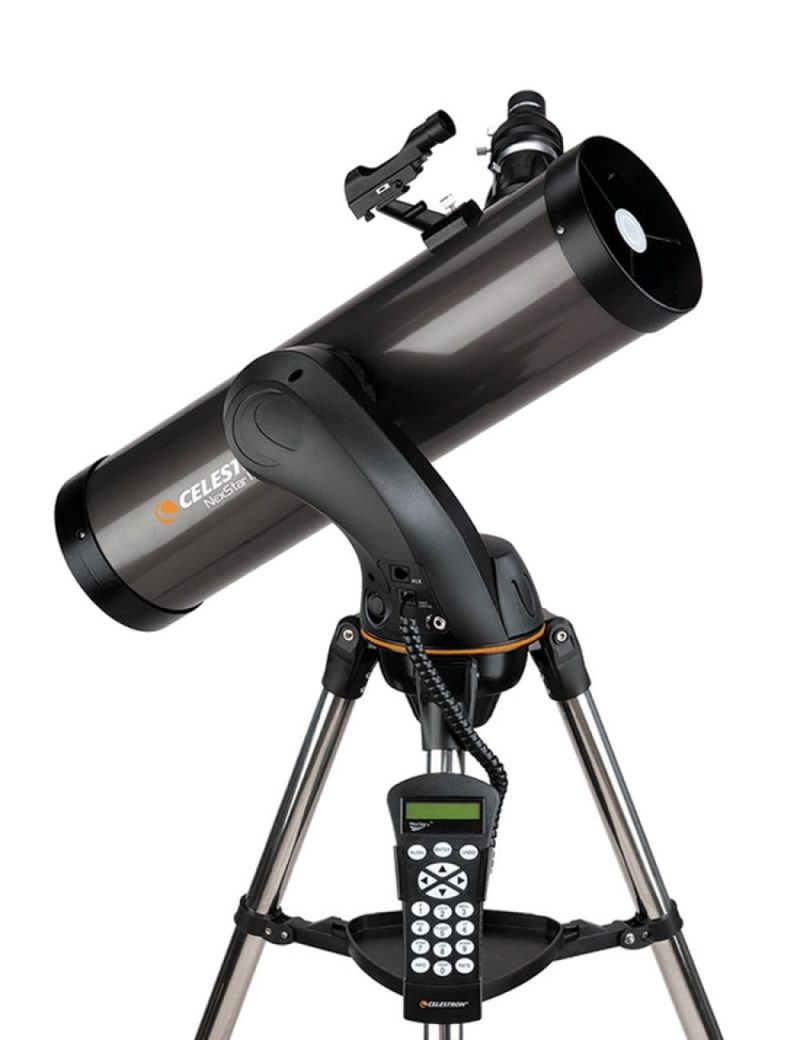 I went outside to enjoy a bit of cool air and looked up to see if I could see anything in the sky. I was sure I wouldn’t see much, being in the suburbs and all, but I was surprised to see a planet. It was bright. Must be Venus. No, wait…it’s too far away from the sun to be Venus. So what is it?

I assumed it was Jupiter, but it was moving slowly and it didn’t look like a single object. After a few minutes I ruled out planes, trains & automobiles. I went to get my binoculars, but they weren’t much help. All I saw was a jittery blob instead of a hazy blob. 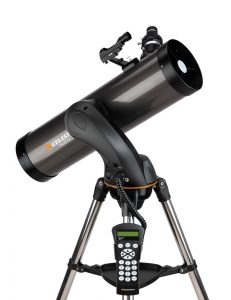 Off to get ma telescope! I bought one about a year ago from Orion Telescopes. I got a fantastic deal on a 130mm reflector. It has an automatic alignment and tracking which means I can point it at three stars and it knows where it’s at. I can then tell it to point at a star and it knows where that is. Once it’s pointing at that it will slowly turn so it can stay focused on the star while the Earth moves. I picked it up on sale for about $300. It’s now selling for more than that so I guess I have equity in my scope. Wierd. 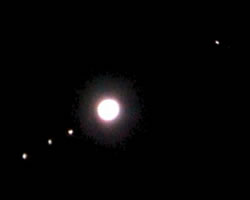 Back to the story. So I get it out, point it in the direction of the blob, line it up, focus aaaand…it’s Jupiter! How cool. Wait what’s that next to it? 3 moons, oh! There’s another one on the other side. This must be close to what Galileo saw in his telescope. It looked like it was moving because it was so close to the gables of the house next door. I’m experiencing… um… exitement?… no…ah, science!

All I saw in the sky was a rather large amorphous star moving slowly accross the sky. I could have said it was some government experiment, a weather baloon with a big light, a UFO or any other equally unplausible thing. Luckily I have science and a cool telescope.