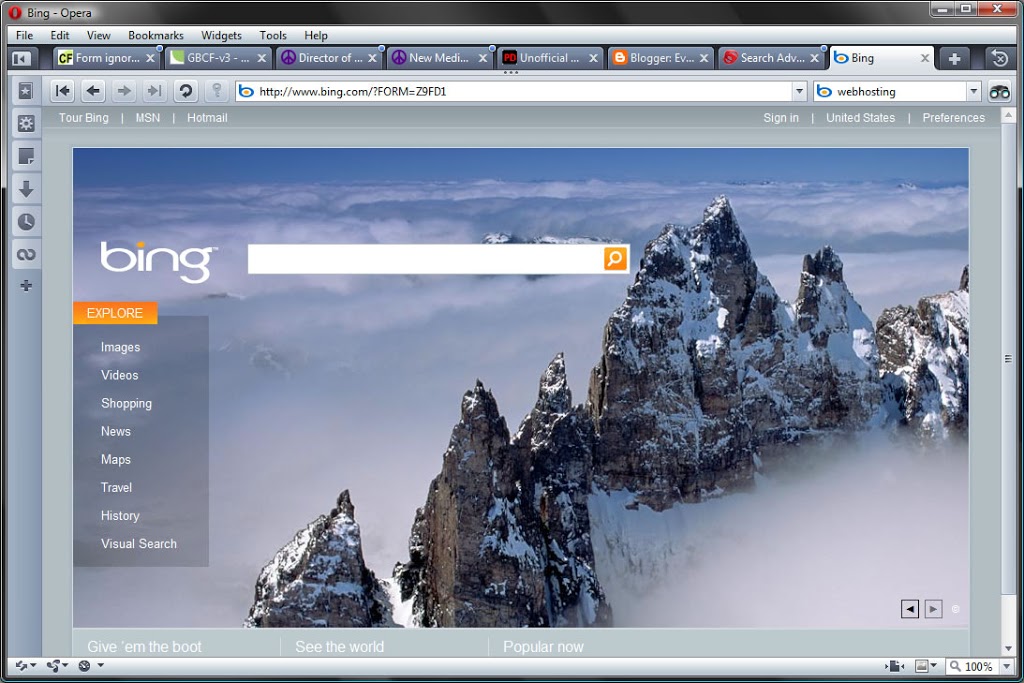 Microsoft is the king of second rate inventiveness. By throwing money at creating something inventive and new they quite often create something almost as good as some other genius with no money. Let’s look at some of the failures:

Whether it be 95, 98, ME, XP, NT or 2000, the Windows Operating System has become synonymous with buggy. OS2, Linux, Free BSD and Apple have all had better operating systems than Microsoft. Actually, those represent all of the other available operating systems with any commercial success and that makes Microsoft reputed to be the worst of them all.

Internet Explorer has always been second rate, not conforming to the standards made by the internet community. To even get people to use it Microsoft had to not only make it the default browser in windows, but force windows to run on it to make it legal. Only because people are too lazy to go to the trouble of changing it do they use it and now designers design their sites around it making it so some sites won’t work on other browsers. Once again Microsoft is offering what is reputed to be the worst of them all.

Until Office XP, there were other office programs available that were much better than Office. After the millions of dollars spent giving away the product for free with computers has it been able to dominate the market. This dominance has made it so other offerings are unable to make enough money to continue to compete and have left the market. Though there is still the free Open Office as an alternative people still purchase office because they are so familiar with it. I am one of these and I think this was the one real success of Microsoft.

MSN has been the online outlet for Microsoft. To make it work they bought (and killed) hotmail, they bought a major news network (NBC News) they even relauched it with a better name (live.com) in hopes that it would be able to take over the market like their other ventures. For some reason they have not appealed to the populace. Despite the fact that it’s the default search on a brand new computer people go out of their way to change it to Google. Even Yahoo had higher ranking. Once again another venture reputed to be the worst of them all.

Why am I telling you all this? I think Microsoft might be due for a slight comeback. From what I hear from my IT guys, the news and from what I’ve observed of their beta program Windows 7 might have gotten it right. It only took them the entire existence of the Internet to get here. Better late than never, especially when this is going to be the dominant OS on the market (cause they say so). Internet Explorer 8 is now conforming to recognized internet standards (another surprise), but I’m still going to use Opera till it doesn’t work for me.

After 15 years, billions of dollars, monopolistic practices and a whole lot of trying Microsoft released Bing and everyone missed it. I saw the commercials and decided not to try it, just like everyone else apparently. Google was losing market share, but with the slow loss of Yahoo and the sudden loss from Baidu Google is back up to it’s former glory.

I’m tired of Google. I want something different. So I went searching for a new search engine and found that all the major engines are either copies of Google (MSN, Yahoo, AOL, etc.) or too cumbersome to use (Ask.com). So I thought I’d give Bing a go. I like it. Let me break it down for you:

Yeah, give it a go. Set Bing as your default browser or even your homepage and see if you like it. It’s nice to see that billions of dollars can produce something of quality if given long enougn.