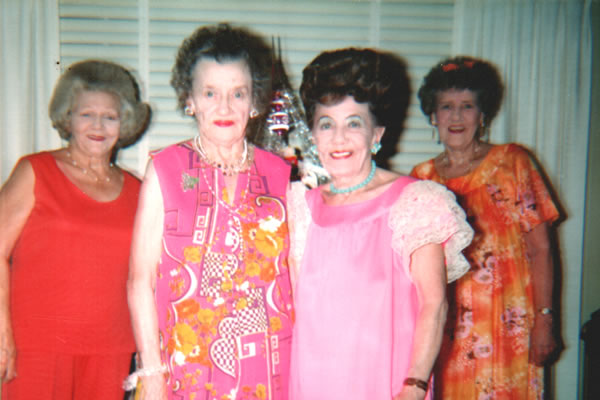 I recently received a letter from my dad. He does that from time to time, kinda neat really. This time he included a story about his Thanksgivings as a child. He’s a private person so don’t tell him it’s posted here. Here’s what he wrote:

The Holidays With My Mother’s Family

Thanksgiving and Christmas at our house when I was a youth were usually split between my mother’s place flat and Ollie and Vern’s house. My mother and I lived at 676 Ninth Avenue from 1941 until after I graduated from George Washington HS in 1950; Ollie and Vern lived at 221 Congo St. on a very steep street right in the middle, halfway up (or down); in San Francisco. 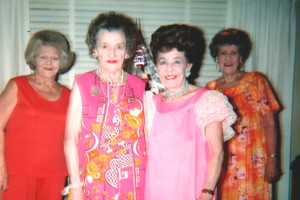 Whichever place we were we always had the turkey dinner with all the trimmings. Thanksgiving was usually at our house, Christmas at Ollie’s. Ollie was my mother’s oldest sister. The rest of mu mother’s family also came. They included: Vern, Ollie’s henpecked husband; Doris and Kitty and their husbands or boyfriends; my mother, me and her current husband which included Russel Long, Gus Schmidt or boyfriend. Sometimes another friend would be invited, usually male.

Notice that there were no other children, just me. The other sisters were envious of my mother in that regard. None of them ever had children except Dolly and, because she lived in Santa Monica, she and her family were never at our holiday get-togethers. Ollie especially was annoyed that Laura had a child and she didn’t. The others didn’t mind so much as they each were married briefly. But Ollie was married to Vern until his death. There was a woman-friend’s son whom she liked very much and did a lot of things for, including giving him money for education and for his wedding, but to me she never gave anything. I don’t even remember getting Christmas-never birthday-presents from her, although I might have. She told me I was to get nothing from her when she died, not so much as even $1. She gave all her money-probably about $500,000-to Nancy and Don Gates, Dolly’s daughter, who were already rich.

Ollie, by the way, did not like to be called “Ollie,” She said her name was Olive May and she woudl prefer that or Olive, but not Ollie. However, no one paid any attention to that.

I neve liked to go to Ollie’s, at any time, not just holidays. When I was coming with my mother for any reason, she would cover ALL her furniture with white sheets (all sheets were white in those days). Only the Kitchen was not covered. She didn’t want me “to get anything dirty.” I could sit on the sheets, but she’d rather I didn’t; and if I did, then that was the only place I was to sit for the rest of our visit. I say “our” because I never went there alone, only with my mother.

Ollie worked for Gump’s in downtown San Francisco. Gump’s was a gift store with lots of glass figurines, etc. They were delicate. When they would go on sale Ollie would buy some of them and display them all over her house. Whenever I would try to pick one up to look at it I’d hear “DON’T TOUCH THAT!” It was a surprise that I never dropped one from being so startled. Actually, I think I did drop one ONCE and my mother and I never heard the end of it.

Wern was very nice. He was an insurance man, so he dealt with people a lot and we all liked him. He would take pity on my when I visited and ask me questions. He liked to play cards. He taught me how to play rummy. He taught me double solitaire, casino, pinochle, poker, etc. That was the beginning of m experience at cards, except for poker and gambling.

One of the traditions for every holiday was serving eggnog cocktails. Yes they had alcohol in them, although I don’t know what kind. They wouldn’t let me even taste one. Doris usually made them because she had learned how as a cocktail waitress (she worked as some kind of waitress her entire life). I loved them mixed with milk, but the adults didn’t want to give me much, which I finally figured out was because that would cut down on the amount of cocktails they could serve. I never understood why they didn’t just make more.

One Thanksgiving Vern was asked to mash the potatoes. You can imagine with a large group that a lot of potatoes were boiled and it was a job mashing them all. He agreed to do it. When we were gathered around the table and enjoying the meal, there were several comments about how well the mashed potatoes turned out. Obviously Vern must have done an outstanding job on them.

Later, it came time for desert. Another tradition for the holiday dinners was my mother would bake from scratch a coconut vanilla pie with whipped cream all over the top. The whipped cream was not made or applied until just before serving, otherwise it tended to become flat and watery. Some of the sisters were in the kitchen when one of them asked out loud “Does anyone know where the whipping cream is?”

Everyone looked around mumbling they didn’t know. After a while Vern brightened and asked “was it in a little carton?” “Yes,” came the response. “Oh,” he said “I used that for the mashed potatoes. It was the only thing that looked like milk that I could find in the ice box.” After the big laugh the comment was “No wonder the mashed potatoes tasted so good.”