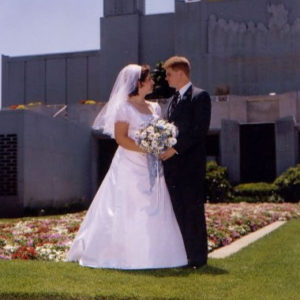 Divorce rates in the US have hit 50%. I hear this all the time from every source that has something to say on the subject of divorce. This is wrong and I would like to set the record straight.

Sure, jump to the extreme, but yes, that is what I am saying. I’ve heard this statistic for at least 15 years, probably more. Why do people say this and where does it come from? The US Census. They keep track of the number of marriages and divorces per 1000 people per year. Here is a quick table:2

And when you look at the raw numbers it does seem that way. Let me break this down a little more: In 2008 there were 10.6 marriages and there were 5.2 divorces per 1000 people.2 It does prompt a few questions like: How many were first time marriages or divorces? Did they live together prior to marriage? Did they have the salmon or the steak? Did they have existing children? Do they drop subsequent marriages?

The salmon is better for you and yes, we need to know statistics about before the marriage. These are the ones that tell us more about marriage as an institution. People who divorced are three times4 more likely to divorce again.6 People who lived together before marriage are 25%3 more likely to divorce. Only 33% of married people have ever been divorced.5 Take a look at this:

What is the divorce rate?

Happiness. 64% of married people are satisfied with how their personal life is going as opposed to 43% of single.8 I don’t have time to innumerate the studies that show children are happier in married households. These tell us that marriage, as an institution, works to produce happier people and children. Which is really the purpose of marriage.

But, they fail anyway.

There’s a long list of reasons why they do. Most of these boil down to people’s unwillingness to stick it out through challenges and infidelity. Infidelity is definitely a deal-breaker, but hardships can be overcome. 80% of people who avoid divorce are happy 5 years later. 40% of divorced people think their divorce was preventable9 and 65% of these divorcees wished their spouse had worked harder. 35% of men (21% of women) wished they had worked harder to save their marriage.

So marriage is good.

That’s what the majority of people who have had experience with marriage (75% of adults) are saying. This would probably be why only 27% of first time marriages result in divorce and that’s a statistic worth passing on.