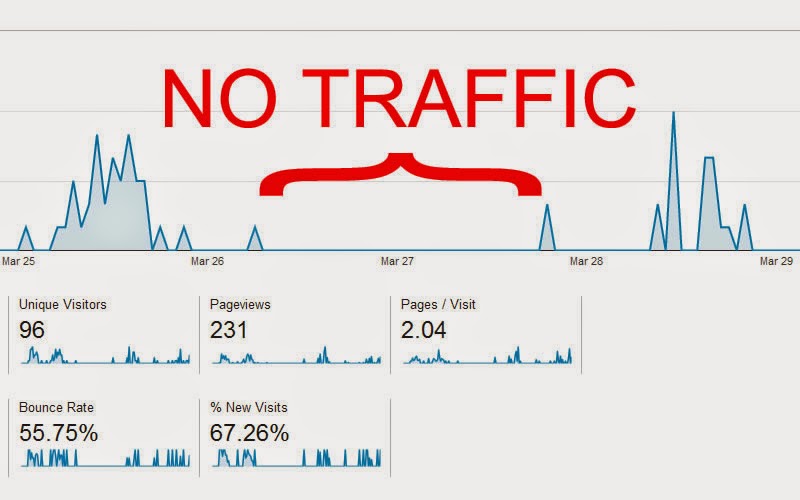 We implemented the new Google Universal Analytics Tracking Code on our client’s sites and it did not track. The code was there, but no data was being collected. No traffic = bad, so we reverted back. 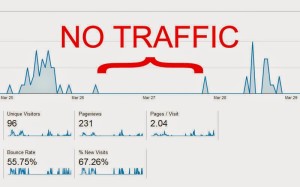 Through some exhaustive troubleshooting our programmer determined there was an extra “.” in the tracking code. I copied that code directly from Google Analytics, dropped it in an email and sent it to the programmer so I know I didn’t mess up.

It was the programmer?

Nope, he copied the code from my email and posted it directly into our system. He looked at the email and found the double period there.

Well, it couldn’t be Google Analytics.

Probably not, but I thought I should let them know anyway. As I was gathering my information I found that the email in my Sent Items had a single “.” in it, but the reply from my programmer had a “..” there.

So it was the programmer!

Nope, I let him know and I resent the email to him. “.” in my Sent Items and “..” in his inbox. He had me send it text only and no “..” on his end. He noticed my Avast Antivirus footer was missing from the all text email. I went into Avast and turned the footer off. Sent an rich text email and no “..” showed up.

So it was Avast! Antivirus?

Yup. It seems that when you send a rich text email with the new Universal Analytics code, indented, it adds an extra period to “m=s.getElementsByTagName(o)[0];a.async=1;a.src=g” It only happens when:

I wonder if anyone else is having this problem?