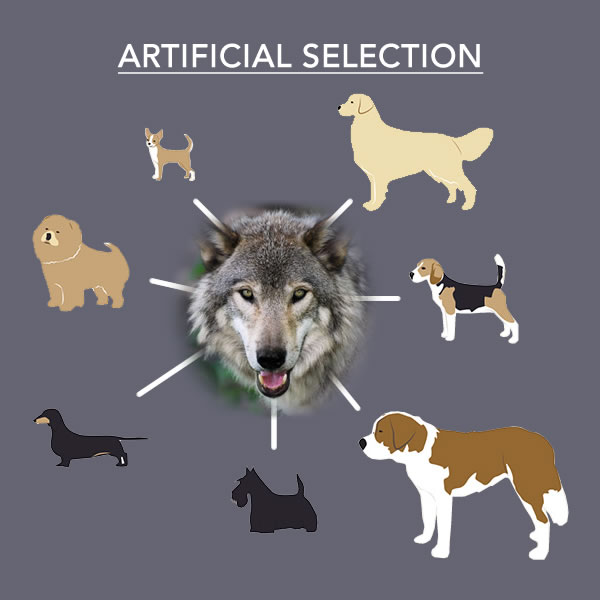 Well it’s a Genetically Modified Organism (GMO) and, of course, it’s entirely clear what that means: An organism that has been modified genetically by humans. I think this is completely unclear and as a result has spread fear and ignorance through our population.

How is GMO undefined? 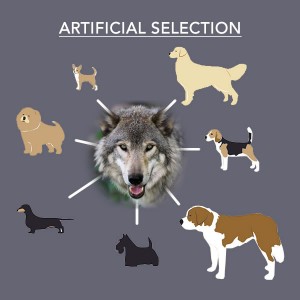 Humanity has been using artificial selection on animals and plants for thousands of years and this is the main reason we assume this is good. Technically what we are doing is inbreeding our animals and plants to get results that wouldn’t happen naturally.

It is a common belief that artificially selected animals are not GMO. They are. Humans have spent time and effort to ensure genetic changes. We get good traits and bad traits from this process, which is what you would expect from inbreeding. As a result most of what we consume today is from a GMO in one way or another. Corn? GMO. Cows? GMO. Dogs? GMO. 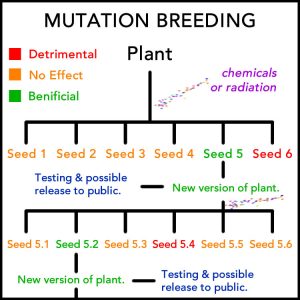 Plants are complex things and we don’t always know what changes in their genetics will produce. In nature small mistakes in the copying of DNA can produce mutations in a species. If the mutation is beneficial the new organism will survive to breed, if it’s detrimental it won’t. Sometimes the change has no effect, either way it occurs randomly in nature and this process is called natural selection.

If we expose organisms to chemicals or radiation that encourage this mutation process we will get a lot more mutations in a shorter period of time. We can then choose the ones we like and discard the ones we don’t.

Mutation breeding is an accelerated way of artificial selection that resembles some of the aspects of natural selection. There are many who do not consider these organisms as GMO. Again, this fits the definition of a genetically modified organism.

This is what everyone agrees is GMO. It is the process of adding or removing pieces of genetic code in an organism’s DNA. Most often scientists will discover a trait in an organism that would be desirable in a new organism they are currently working on. They then add that code to the this new organism and it now has that trait.

For example: The Southwestern Corn Borer is destroying corn crops. So, looking at a naturally occurring soil bacterium (Bacillus thuringiensis) scientists find it produces a protein that targets this particular species of moth larvae. Agricultural Scientists isolate the bit of DNA that produces that protein and add it to a particular place in the Corn DNA. Now when the larvae eat the corn they die. And since this protein does not affect any other animals, bugs and pests it is deemed safe for human consumption and we now have BT Corn.

The same results could have been achieved through Artificial Selection and Mutation Breeding, but they would have taken much longer and we do not know what other changes in the DNA there would be. With Genetic Engineering we know exactly what was changed, how to change it back and we know what effects it will have.

How do we regulate GMO?

That’s a difficult question to answer. Here’s a few scenarios:

Is there a solution?

I think the best solution is to regulate testing for all new GMOs. If we included everything in the definition and then require testing for all of it before it hits market, then we will be able to predict and protect people.

Spreading fear about “frankenfoods” is not productive. It creates problems that do not help anyone. Testing is good, apprehension can encourage prudence, but hate, ignorance and fear will only lead to famine.

“If the naysayers do manage to stop agricultural biotechnology, they might actually precipitate the famines and the crisis of global biodiversity they have been predicting for nearly 40 years.” – Norman Borlaug

So, learn more about GMO before you shoot it down. It will help you sleep better at night. I know I do. Don’t take my word for it, here’s a long video from a guy who used to preach heavily against GMO: