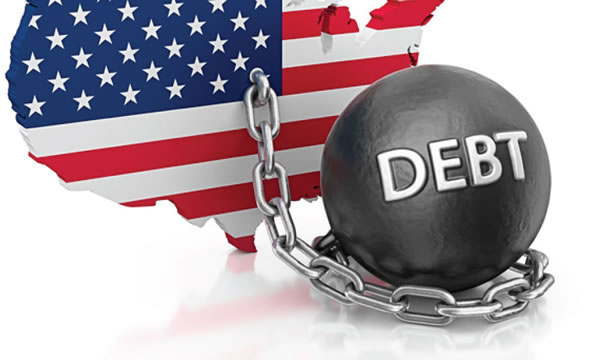 Why is our soul-crushing debt OK?

Yup, we’ve sold our debt to China (6.5%)1, Japan (5.9%), US Public (67.5%)2 and others. Did you miss it? The US public (via local governments and state governments) owns more than two thirds of US debt. This is mostly in bonds that the US treasury sells with a promise to pay back with interest.

Funny, the interest is where things change. When George W. Bush was borrowing money to pay for Congress’ budgets he was borrowing at a very high rate. In 2008, when Dubuya left, office we paid $451 billion3 in interest on $10 trillion in debt4. Since then we have nearly doubled our debt and we paid $402 billion in interest in 2015.

Since the economy collapsed in 2008, the Federal Reserve bank lowered the Prime Rate to help stimulate the economy. The Prime Rate is what banks pay to borrow money from the Federal Reserve. The less banks have to pay, the less you and businesses have to pay to borrow money from banks. Also the less the US Government can choose to sell their bonds for. Over the last 8 years we have traded higher interest bonds for lower interest bonds allowing us to borrow more, for less.

Not yet. As the economy improves, it becomes more and more likely that the Federal Reserve Bank will raise the Prime Rate. The Government has become accustomed to spending a lot more than they take in. What needs to happen now is a reduction in spending or an increase in taxes to counterbalance the eventual increase in the cost of debt. 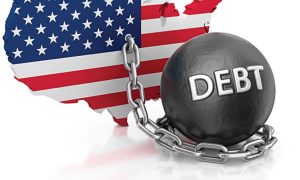 Despite what everyone says about Obama & Congress, they have been able to keep spending somewhat flat since 2009. Also, with the improvement of the economy our tax revenues have increased and our spending deficit has decreased.

All we can hope is that the next President is able to see what I see and affect change accordingly.