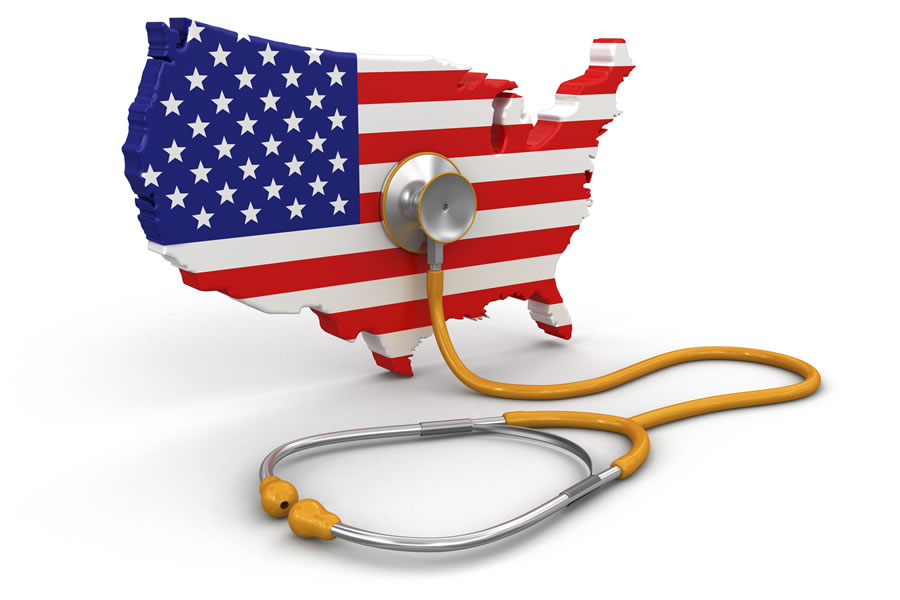 I’ve seen it going around that Obama has ruined this country by thrusting it further into debt. I’ve covered the cost of debt before and I wanted to focus on possible solutions.

How did we get into debt?

We spent more than we take in. That’s it, I can’t be more clear than that. In 2009 we were at our worst spending 1.4 trillion dollars more that we collected in taxes (we being the Federal Government). Our debt as of 5/10/16 is about 19.26 trillion dollars.

Whoa, waaay to much government spending! 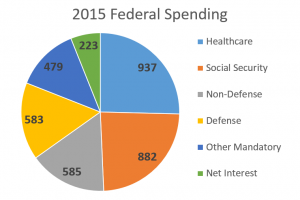 Things have improved: In 2015 we overspent by $450 billion1, but I want to spend even less. How can we do that? I looked at the makeup of the federal budget and we spend nearly half the budget on health care ($937 billion) & Social Security ($882 billion) and I wondered if we could reduce that.

But we need that.

Yes we do, everybody does. How do we compare to everybody? A better question: what do we pay for health care. In 2015 the $8713 was spent for each person in the US on health care. This could be from any source, but it is the average amount spent either by the person or on their behalf in 2015. The next four most expensive countries (Switzerland, Norway, Netherlands & Sweden) averaged $5555/per person2. That is 36.2% less than the US spent.

Why the big difference?

Could be costs for services, medicine or administration, but that’s a post for a different time. For now I want to know what effect reducing the costs would have on our budget. So if we could cut health care costs by that 36% we could reduce spending by over $400 billion.

Not exactly. It’s money given to the disabled and old age survivors to spend on stuff they need…which includes health care. Persons aged 65 spend an average of 43% of their Social Security check on health care3. That number increases as people get older and can be as high as 89% for a person at 85.

How much can the US save?

So, if we reduce health care costs by 36% the combined savings in Federal Spending would be:

Bringing down our health care costs to the same as the next four countries would save us $477 billion, giving us a $27 billion surplus to spend on debt.