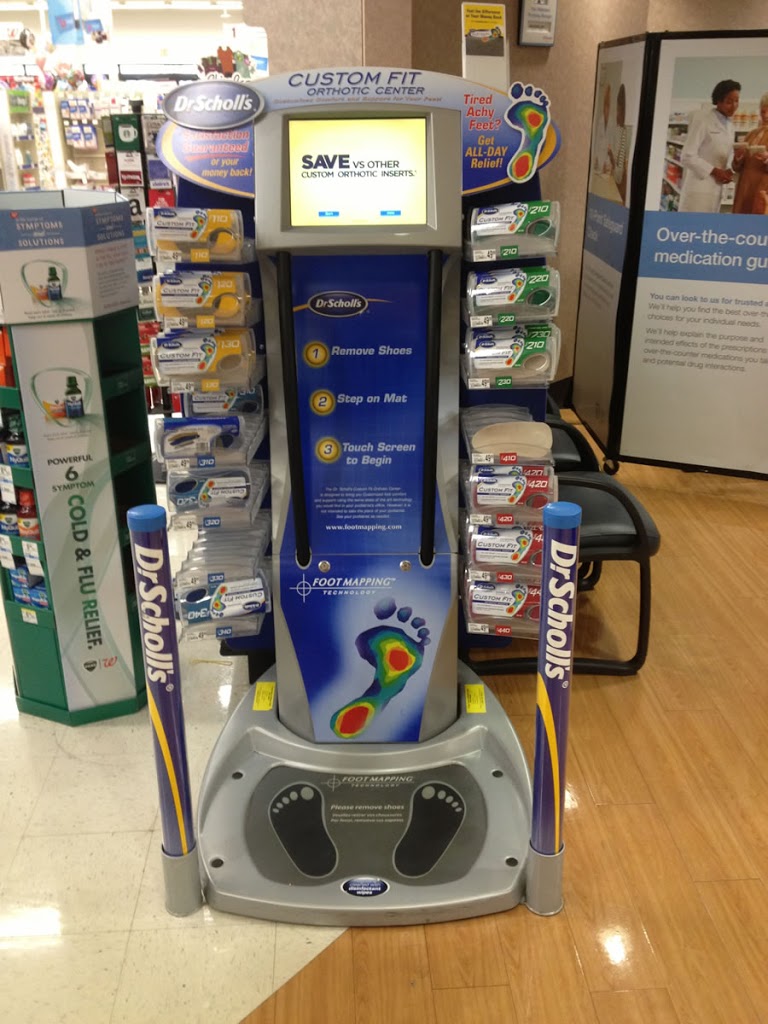 Over the years I’ve worked a lot with importers, wholesalers and manufacturers. Most of these are in the shoe business and I hear some interesting stories.

Have you heard about Dr. Scholl’s? They produce low end insoles and orthotics. Despite the extremely low quality they are some of the most popular insoles on the market. I’m not surprised since they spend a boatload of money on radio and TV marketing.

Funny. Well, they’re the company to beat, and a lot of companies try. I was talking to an importer today and he mentioned one of these companies was trying to knock off the Dr. Scholl’s product line. They had purchased the entire Dr. Scholl’s line of Custom Fit Orthotics and sent them to a manufacturer in China to copy. 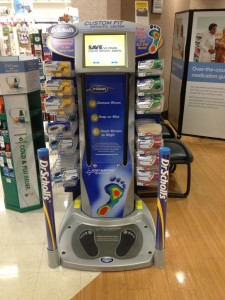 Not so much. My importer friend was talking with the same manufacturer. They had pulled apart the orthotics to figure out how to copy them. Imagine their surprise when they found that the CF110, CF220, CF330 & the CF440 had no differences between them.

Yes, the Custom Fit Orthotics are all identical. I had to see this for myself. I drove over to the nearest Walgreens and went to the Dr. Scholls kiosk to examine the merchandise. Lucky for me all the boxes are transparent with a hole in the box so you can feel the density of the foam. Plus they had a sample insole for me to check out.

I looked them over, I checked the foam density through the cutout in the packaging and I looked for something, anything that would show they were different from product to product. I found one: The color. The only difference between the CF110, CF220, CF330 & CF440 is the color. Otherwise they are all identical.

Well, if it works… 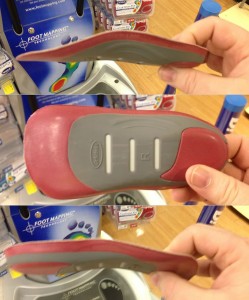 I suspect that they don’t work. The foam was so soft that they would feel nice, but they will provide no specific benefits. There was no arch support, no heel posting, and no metatarsal support. These are important things since the problems they claim to fix would require these features. Here’s why:

The pressure sensors on the Dr. Scholl’s kiosk1 are there to detect these issues and recommend an insole that will fix them. If all the insoles are identical and do not have any of the above features, none of the detected problems will be fixed.

You’re annoyed, as well you should be. They’re preying on the ignorance of most footcare shoppers and implying they are providing the proper remedies and are not. They don’t actually say that they provide any of the specific items I listed above, they’re only implied. The packaging does not actually say the insoles are different, only different product numbers and colors.

In my opinion? Yes. People are not podiatrists or pedorthists and have no idea what’s going on with their feet or how to fix it if there was. A $10 insole with a heel cup & arch support would accomplish the same thing these $45 insoles do.

What should I do?

Educate yourself. Go to a boutique that has these pressure sensitive systems (like FootSolutions) and find out what’s up with your feet and how to fix the problems. 90% of problems in adult feet can be fixed with arch support, metatarsal pads or heel posting. You can be sure, though, that Dr. Scholl’s Custom Fit Orthotics will not be part of that solution.

While picking up a prescription at Wallgreens I decided to inspect the insoles again. They haven’t changed a bit. The CF110, CF220, CF330 & the CF4402 are still made from the same density foam and they have no modifications to them. Other than the color, they are all the same and provide no unique relief to your specific foot problems.

1. The Dr. Scholls Kiosk is a nearly exact duplicate of the Aetrex’s iStep system developed in 2003. There have been may companies copying this technology, the most recent being Dr. Scholls. All other systems use it to recommend metatarsal pads, heel posting and arch support. Dr. Sholls seems to have missed this.