I don’t play rogues. They’re lame. One of my friends convinced me to give them a second look. So I did. 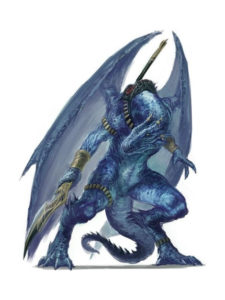 This is the biggest problem with Rogues. Sure they can do some cool stuff between encounters, but during encounters they might do 10 points of damage? Whee!

I’m gonna change this. What advantage do they have? Sneak Attack:

“the rogue’s attack deals extra damage any time her target would be denied Dexterity bonus to AC or when the rogue flanks her target.”

The key there is “the rogue’s attack.” This means any and all attacks made by the rogue. I might not have a high STR, but I have +1d6 every other level that I can add to every attack.

Some creatures get natural attacks, a Kobold gets 3 and they’re a +0 Level adjustment race. Here’s what I can do with a Kobold:

Yes, four are not enough. I’m adding Monk at Level 2 with the bonus feat of Ascetic Rogue. I can’t use the Natural Attacks with Flurry of Blows, but I can use Unarmed Strikes with them. So, 5 attacks at 2nd level each with +1d6 sneak attack damage. Now I need Base Attack Bonus (BAB).

After adding 1 more level of Monk (Bonus Feat) and 2 levels of Rogue (BAB) I switched to Swashbuckler (Complete Warrior p11) which has a Fighter BAB and added Daring Outlaw (Complete Scoundrel p76) to combine levels with Rogue. At Level 8 I will have the following attacks:

Yes, I know it’s not 100% Rogue, but I get to do the Rogue thing AND kick a lot of butt. I had a lot of fun playing Wrak because he was Dragonwrought. “I Dragon” is what he’d tell people. If they argued he’d just respond with “I Dragon.” We had a lot of small skirmishes and he didn’t get to show off till we hit about level 8 when we were attacked by 20 Ogres (they were spread out so the wizard couldn’t fireball them all). Wrak ran around behind them and proceeded to take out 12 in 6 rounds. Drenched in blood he turned to the party and said “I Dragon.”