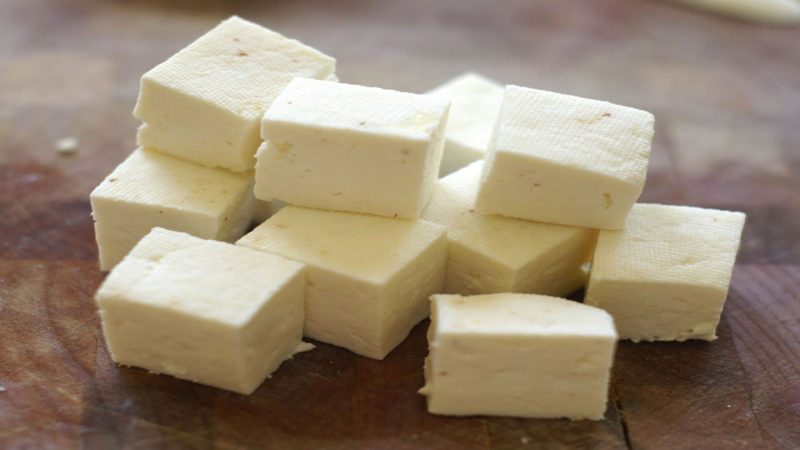 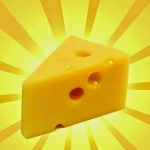 Do you ever wonder how we came up with something? Sometimes I will run into a thing and it occurs to me: how did someone think this was a good idea? A lot of these questions for me come from the food world and are usually related to things that technically have gone bad. Today it’s cheese.

Right, but have you ever stopped to think about what cheese is? Here’s the steps I pulled from online:

1. Coagulate Milk – Adding an enzyme causes the milk to separate into curds & whey. A watery substance with globs of stuff floating in it.
2. Collect the Curd – They press out as much liquid as they can and introduce bacteria.
3. Let it Rot – The cheese sits, rotting and fermenting for a few to several months.

Right? So how did we arrive at this rather odd process. I discovered the missing link while eating Indian food. I wanted to know more about the tofu squares in the curry we were eating and was told that it’s called paneer.

After looking it up, turns out paneer is cheese. Ancient cheese. Proto-cheese. Probably the original cheese. How do you make it? Take some whole milk (non-UHT Pasteurized) and add lemon juice. If you want the cube shape you press it all together and you get something you can cut.

You bet. And that’s something I can see people stumbling across. “Hey what do these two things taste like together? Mmm, I like the hard flavorless bits.”

How do we get cheddar from that?

Yes, and we’ve had nearly 2000 years to perfect our recipes. Add this, cover with that, let sit for this long, and we get a lot of different cheeses. For now, if you want to make your own paneer, try the recipe below:

A simple cheese usually used in Indian cooking. It takes about30 minutes to make. -Evan Davis 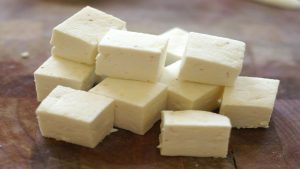