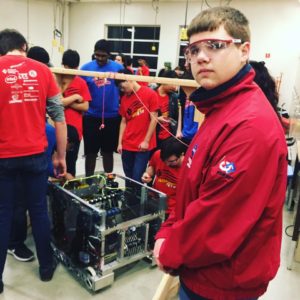 In a lot of my discussions online I see a lack of knowledge in how science actually works. I will try to explain the general process of science in an easy to understand flow. I see that science has 3 basic parts:

Scientist A see’s a situation related to their field of expertise that causes an effect. I’m going to label things to make it easier to understand, so Scientist A sees Thing A in Situation A which causes Effect A. The scientist, let’s call them Chris, wants to figure out if that’s something that actually happens normally, if anyone else knows about it, and if it’s testable.

Just so they don’t look stupid, Chris reads up on whether anyone else has noticed this before and if there’s any existing science to support it. If Chris finds anything it could fit into any of these categories:

If Chris wants to continue pursuing Effect A, they need to create a hypothesis, ie. if Thing A is in Situation A then we will see Effect A. This is clear and testable. To test it, Chris requires money and resources.

It’s all about the money. Science is speculation till you have the money and resources to actually perform the experiment. There are many sources and they fit loosely into these categories:

With money and resources secured Chris can go conduct experiments. When Chris first observed Thing A in Situation A, Thing B was also present and Situation B was nearby. Chris needs to construct the experiment in such a way that only Situation A is acting on Thing A.  There are many outcomes that might happen:

Once you’ve finished your experimentation, you write it up in a way that other scientists not only see your results, but they can also reproduce what you did to get those results. If your findings are significant enough, or you’re lucky, a scientific journal might agree to publish your findings. There are a lot of outcomes here:

I cannot stress this enough: when findings are published, scientists will check your work. If they cannot repeat the experiment or the results, everything you’ve worked for is gone. Even worse, if you lied, good luck getting grants or getting published if other scientists find you falsified data. No science is accepted by your field unless it’s been re-tested over and over. And the more it’s tested and re-verified, the more scientists trust it, and it will become part of the accepted science in that field.

There are a lot of myths surrounding this process:

Chris hypothesized that when Thing A is affected by Situation B, Effect A happens. Company A funded Chris’ experiments and they found that Effect A happens 90% of the time. Chris then published the results in Scientific Things Journal and other scientists were able to reproduce the experiment with similar results. Company A has now patented a process based on Chris’ findings.

I hope you now have a better understanding of how the scientific community works.